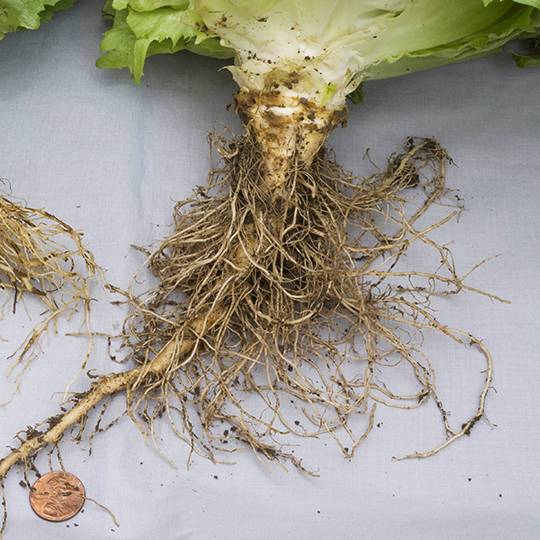 Root rot is a disease that attacks the roots of trees growing in wet or damp soil. This decaying disease can cut the life short of just about any type of tree or plant and has symptoms similar to other diseases and pest problems, like poor growth, wilted leaves, early leaf drop, branch dieback, and eventual death.

There are two causes for root rot, but the main cause is poorly drained or overwatered soils. These soggy conditions prevent roots from absorbing all the oxygen they require to live. As the oxygen-starved roots die and decay, their rot can spread to healthier roots, even if the soggy conditions have been rectified.

Weakened roots are more susceptible to soil fungus, which is another cause of root rot. The fungus may be present but dormant in the soil for a long time; when the soil becomes waterlogged, the spores can come to life and attack the roots, causing them to rot and die. Some of the more well-known species of fungi that thrive in moist conditions and cause root rot are Pythium, Phytophthora, Rhizoctonia, and Fusarium. Another notorious fungus is Armillaria, also known as shoestring rot, which causes a lot of damage to hardwoods and conifers in our area.

The most accurate way to diagnose this decaying disease is to dig below ground to see if decaying is taking place. A good tool for this is a Pulaski because it is two sided—one side is for chopping and the other for digging or scraping. A great deal of care should be taken when doing this so as not to cause further harm to the tree.

Tree root diseases are best controlled by prevention. If you are considering planting new trees, choose disease-resistant varieties or cultivars, only plant in well-drained soil, and avoid overwatering. You can also create irrigation moats to keep the water from pooling against tree trunks.

Moderately affected trees can sometimes be saved early on by pruning out the infected roots. Always be sure to disinfect any tools you work with before using them again. If a tree is significantly infected, the best way to control it from spreading the disease to healthier trees is to remove it entirely.

Chemicals, such as chloropicrin or methyl bromide, won’t completely cure the disease but can reduce the level of the infection. These fumigants are applied in and around the base of the infected trees or in holes left after trees have been removed.

If you want to learn more about identifying and controlling root rot or other tree diseases, contact Elite Tree Care at 610-935-2279.

Call Elite Tree Care today at 610-935-2279 and let's talk about how we can help you with Root Rot and other Pennsylvania tree diseases.