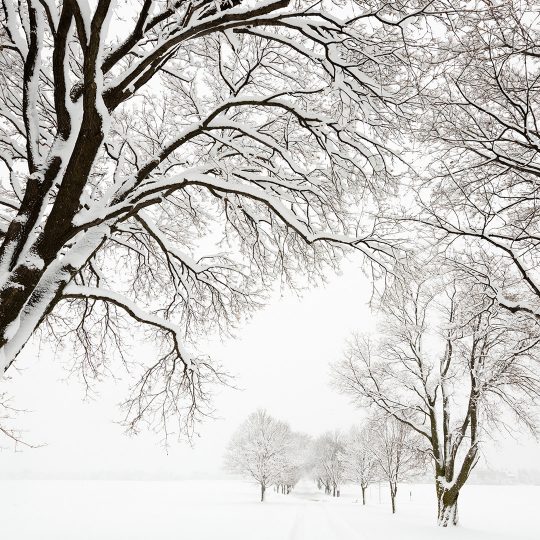 While walking through a winter wonderland, do you ever think about how the snow on trees could be negatively effecting the plants? While it all depends on how much snow is on what kind of plant, it’s important to consider its damaging effects.

How Much Snow on Trees is Too Much

Usually, by the time it snows, trees have lost their leaves and are looking bleak and bare. A light covering of snow is not likely to cause any harm. In fact, it can provide some beautiful photo ops. While most plants are dormant in the winter, frost and snow will not effect its growing patterns, but it can effect its shape.

Several inches of heavy, wet snow can de detrimental to all plants. The weight can split or break branches, deform evergreen trees, and even uproot plants—such as the tall, slender arborvitaes usually used as a natural barrier.

Tending to Snowy or Frozen Plants

If you notice snow is pulling branches out of the natural shape, you can use a soft broom to gently sweep it off. Using a heavy snow shovel to knock off snow can cause even more damage. If you can, try to remove the snow even while there’s still snow falling. If you wait until the storm is over, it may be too late. The branches could break off under the weight of the snow itself or once it’s frozen to the tree. Once branches are frozen, it’s best to wait for the ice to melt before tending to the tree. Removing frozen matter can do more damage than you think.

Besides pruning branches that could become a safety hazard, there’s not much you can do to repair a plant damaged by snow or ice. If a plant has fallen over or uprooted, you’ll have to wait until the ground thaws to straighten the plant. You can then add a stake for additional support.

Strong, healthy trees have a better chance of surviving the winter. Following the proper tree pruning techniques is one way of preventing unneeded branch breakage. Remove any dead, dying, or diseased branches before heavy snow and blizzard winds do it for you. If you’re worried about certain plants, or know they have been effected by snow in the past, you can further help prevent breakage by bracing the trees in late fall.

Nature has a way of bouncing back after a storm, so don’t be concerned if entire bushes, shrubs, or other plants are buried by snow. The snow will eventually melt, and come spring your plants will come back to life. 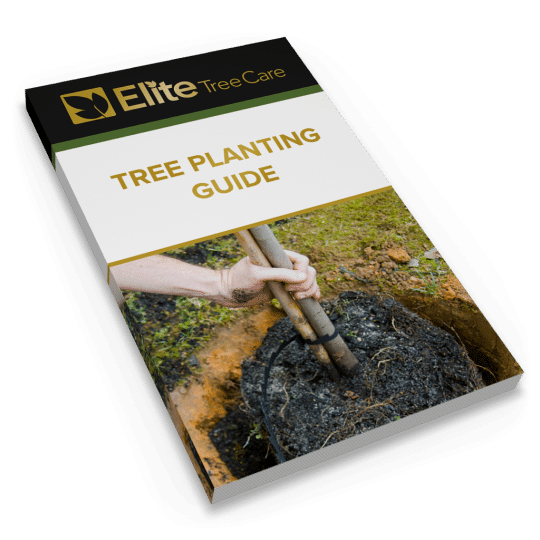 Planting a tree is a cinch, as long as you are properly prepared. Get prepped to plant one tree or 100 with our straightforward guide.

Get My Guide
Get A Free Quote